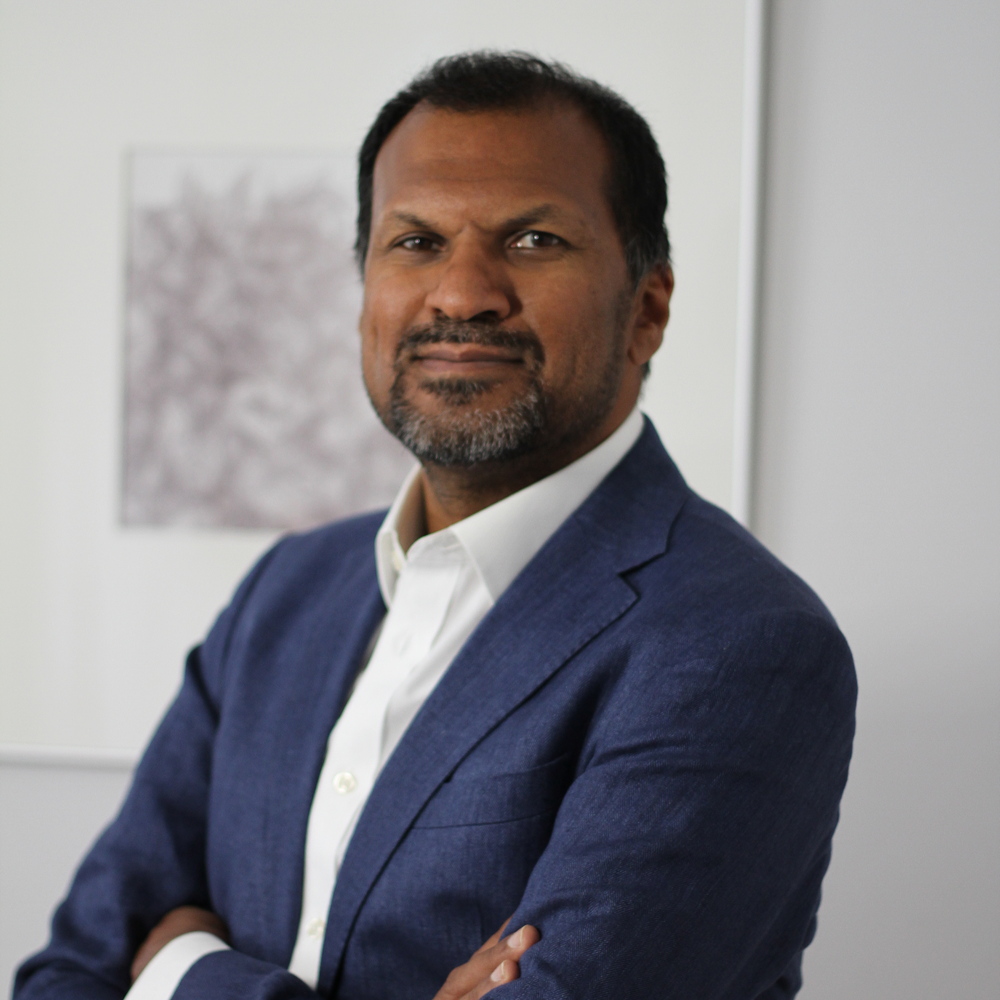 I grew up in Manchester in a doctor’s family, the eldest of two children. My very first passion as a child was space exploration. As I got a little older, I dreamed of becoming an inventor like Edison or Franklin. I would drag my parents to the local library, where I would spend hours reading any science books that I could get my hands on. Disappointingly, there were no science lessons at my primary school, but I remember not being able to contain my excitement when in my second year at The Manchester Grammar School, I had my very first science lesson.

This interest eventually led me to Cambridge University to study Natural Sciences. At Cambridge, students do a year of Natural Sciences before specialising in physics, chemistry, biology etc. By the time it came to the end of my first year, however, I’d decided I wanted to study engineering, as it was more practical, and decided to specialise in Chemical Engineering.

Whilst I did have a Sinclair ZX Spectrum home computer as a teenager, I wasn’t very interested in computers. All that changed one summer. Intending to become an oilfield engineer, I got a summer internship at Schlumberger Research in Cambridge. There, I was given the task of modifying a Fortran 77 computer program, and much to my surprise, I found that I really enjoyed writing code.

This led to a summer internship the following year at JP Morgan in their IT department. It was there that I developed a keen interest in quantitative finance. When I graduated, I ended up working at Merrill Lynch, my decision being strongly influenced by the fact that graduate training involved 6 months in New York. When I returned to London, I started working as a C++ programmer on a bond pricing system. This role grew, and I eventually ended up being responsible for bond electronic trading technology in Europe.

In the 15 years or so following Merrill Lynch, I worked for a number of companies which included a consulting company, RBS, UBS and BNP Paribas. With these roles I built up expertise in managing software development teams and projects, in interest rate products, and in electronic trading and risk.

At BNP Paribas, I branched out into roles that were more centred around data architecture and financial regulation. Following the financial crisis, there were more problems and opportunities in these areas rather than the more traditional front office IT areas that I had worked in before. This led to me taking on increasingly senior roles, such as Head of Cross Asset Technology, and Head of Regulatory Technology.

After delivering MiFID2, I decided to leave BNP Paribas. Brexit meant that many banks were re-thinking their location strategies, I wanted to take some time off to plan our wedding and renovate our home. Perhaps more fundamentally, I also couldn’t shake the feeling that the IT departments of investment banks weren’t leading innovation any longer. Machine learning, blockchain, and cloud computing were being led by tech companies and startups.

After my time off, I set up a consulting company with an ex-colleague, William, specialising in IT strategy, architecture and project management for capital markets regulation. COVID-19 made things difficult for our business, so I joined another friend, Fred, to build a social media platform, LocketBox, during the pandemic.

I was then approached by a hedge fund asking me to build a crypto derivatives risk platform for them. So Fred and I decided to set up a company, DeQuantifi, specialising in institutional grade trading tools for crypto derivatives. We launched our first product, DQRisk, 5 months later. DQRisk aggregates your trades from different crypto exchanges, and reports the greeks and p&l explain on your portfolios. It also does scenario analysis. Just recently, we have added the calculation of margin utilisation on each exchange, and DQRisk also determines the conditions under which your positions will be liquidated. At the moment, we are working on VaR and stress testing, along with systematic trading.

I pride myself on being able to operate at many levels. The type of work that I enjoy the most is technology strategy and architecture, and I have been recognised for my vision and big picture thinking many times. On the one hand, I’m comfortable operating at board level, discussing strategy, budgets, and resources. On the other hand, I enjoy solving technical problems, and being involved in the nitty-gritty of software development. Because of this, I also find that I am able to bridge the gap between business and technology, translating between them, and being trusted by both.

Perhaps because of my engineering background, I am passionate about good software engineering. I’ve become something of a specialist in fixing software development teams. I’ve been asked numerous times throughout my career to step in and work with teams to address problems such as slow deliveries, poor quality software, and lack of trust from customers.

Before starting my own company, much of my time was spent budgeting, managing stakeholders, doing high level designs and project plans, and making sure that the teams in my department would deliver. Now, I do quite a lot of Python coding, a lot of product design, and some sales and marketing.

Whist my background is in C++ and C#, my current preferred language is Python. Python is versatile has a huge eco-system of libraries, and it is easy to be very productive. Python has a REPL, reducing the time taken for debugging. And it has Jupyter Notebooks, which are excellent for creating quick prototypes. Yes, Python is not as fast as C++ or Rust, but there are many components of a system that don’t need high performance. For those components that do, they can be written in C++, Rust or even Cython (compiled Python). When Java was first released, the same kind of criticisms were levelled against it. And, I have worked with numerous C++ systems that have performance issues.

DQRisk (and LocketBox) run on AWS, which has made me a big fan of cloud computing. For DeQuantifi, it takes a minute to spin up an additional environment for development or testing. The infrastructure automatically scales out as your business scales up, making capacity management easy, and meaning we only pay for what we need. Cloud-based infrastructure also has the huge benefit for startups of not requiring a large upfront capital investment.

One of my passions is travelling. Some of the more interesting places that I’ve travelled to are Borneo, Iceland, Chile, Argentina, Bolivia, Uzbekistan and Turkmenistan. However, there are two places that standout as my favourites. The first is Annapurna in Nepal. There is very little in this world that compares to the experience of trekking through lush green valleys against a backdrop of majestic snow-capped peaks. The second place is Kyoto in Japan. Kyoto is a city of contrasts; sometimes, it feels like a big, busy, crowded modern city, but at other times, it feels like a small traditional town set amongst the rolling hills.

My grandfather was a keen painter, sculptor and photographer, and I have inherited his interest in photography. I like to photograph landscapes, architecture, wildlife and anything related to travel. My primary shooter is a Canon 7D, which is particularly suited to wildlife photography. I sometimes also shoot with an Olympus OM-D E-M10, which is much easier to have with you all the time being smaller and lighter.

My biography would not be complete without mentioning my wonderful wife, Anna Maria. We got married in 2018, and we have made North West London our home. Anna Maria comes from Münster, a rather handsome university city in Germany near the Dutch border. Things that we love to do together include skiing, hiking and visting museums and art galleries. But we don’t agree on everything! Being German, she’s very much a beer girl, whereas I’m quite serious about my wine.